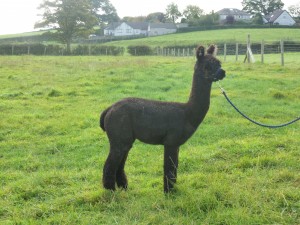 He has become a firm favorite from the moment he came farm. His fluffy ears and his gentle manor has endeared him to all who see him. Coupled with this he has fantastic genetics and a superb fleece stats.

He is out of Bozedown Revel and Town End Alice. Revel amoungst many show results was National Fawn Champion in both 2013 and 2014. When you look a generation back Revel is from SunKing of Bozedown and Journey of Bozedown. His genetics speak for themselves, they are top class.

These genetics show through in Nimbus’s fleece. His fibre stats from his first fleece are 18.5 micron, SD 4.6 and CF 98.9. (AAFT). His first cria are both dense and fine. Nimbus has produced a verity of different solid coloured cria.

Winston started working in 2018. He has a great frame and a fantastic fleece. His first fleece stats were Micron 21.4, SD 4.7 and CF 96%. He has a very dense, wavy twist lock style fleece that is also fine and has great lustre. He has had some great show results: 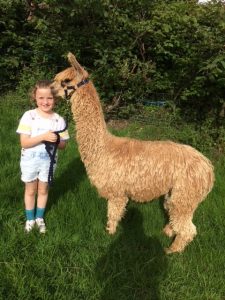 For those interested in genetics these are also good. Accoyo Amadeus, Accoyo Rico, Moonsbrook Chicory and Accoyo Bullyman.

Use this form to find things you need on this site

You can add any HTML here (admin -> Theme Options -> Promo Popup).
We suggest you create a static block and put it here using shortcode

Questions, issues or concerns? I'd love to help you!